Mortgage Arbitrage - What is a smart way to invest money?

Hybrid Mortgage Arbitrage is a type of Hybrid Arbitrage that deals with homebuying and equity. This solution that is a unique combination of GPS debt technology and a special kind of liquid index universal life insurance, POLI (Private Owned Life Insurance), a type of BOLI for any American adults, family or businesses. Early debt payoff, interest elimination and turning liabilities into income and wealth.

How do banks, credit unions, and other organizations in the finance industry use tax-advantaged products to offset costs? Bank Owned Life Insurance (BOLI) is a great way for banks to save money on their employee benefit costs.

Banks have a dilemma. They are responsible to pay their employees an adequate employee benefit package. All while being fiscally responsible and profitable in the long run.

Banks and credit unions face rising benefits costs due to lower interest rates and the inability to fund these costs with interest rate sensitive products such as commercial loans. The rising cost of employee benefits is an issue facing businesses of all sizes and BOLI is a viable solution for banks, credit unions and other community financial institutions.

And they need to do it without adding expenses on a monthly basis that take away from bottom line profits and mask bank performance in their financial statements.

A 2021 study reveals the amount of assets banks have in life insurance, here are the top 3:

It’s not surprising that banks are looking towards BOLI as a means to help offset the cost of employee benefits while providing a tax-free death benefit in addition to the potential earnings on the cash surrender value.

How The Big Boys Use Life Insurance

When banks are able to purchase life insurance on executives, management, key employees or groups of employees they are able to ensure they have adequate death benefits in the event of a tragic passing of the employee or executive. These death benefits will reduce the taxes paid by the insured, provide future monthly cash flow back to the bank—and help both parties sleep better at night knowing there is adequate financial protection in place for both parties should a passing occur.

Current tax laws allow banks to use BOLI as an economic resource to expand their business. Owning a BOLI policy is an effective way for banks to manage employee benefit costs. The bank is not just the beneficiary of the policy, it’s also the owner.

The life insurance needs to be continually reviewed, as the linked value of the underlying policy grows and matures. Banks need to ensure policies are effectively managed, monitored, and evaluated while maintaining the highest levels of compliance possible.

There are several types of BOLI programs, each with its own base tax treatment and investment objectives, so you will want to make sure you verify the classification.

No matter what type of BOLI program is used, the biggest benefit is that income earned on the cash value of the policies is generally not considered an employee's taxable income -- unlike benefits you would typically see in a 401(k) or profit-sharing plan. 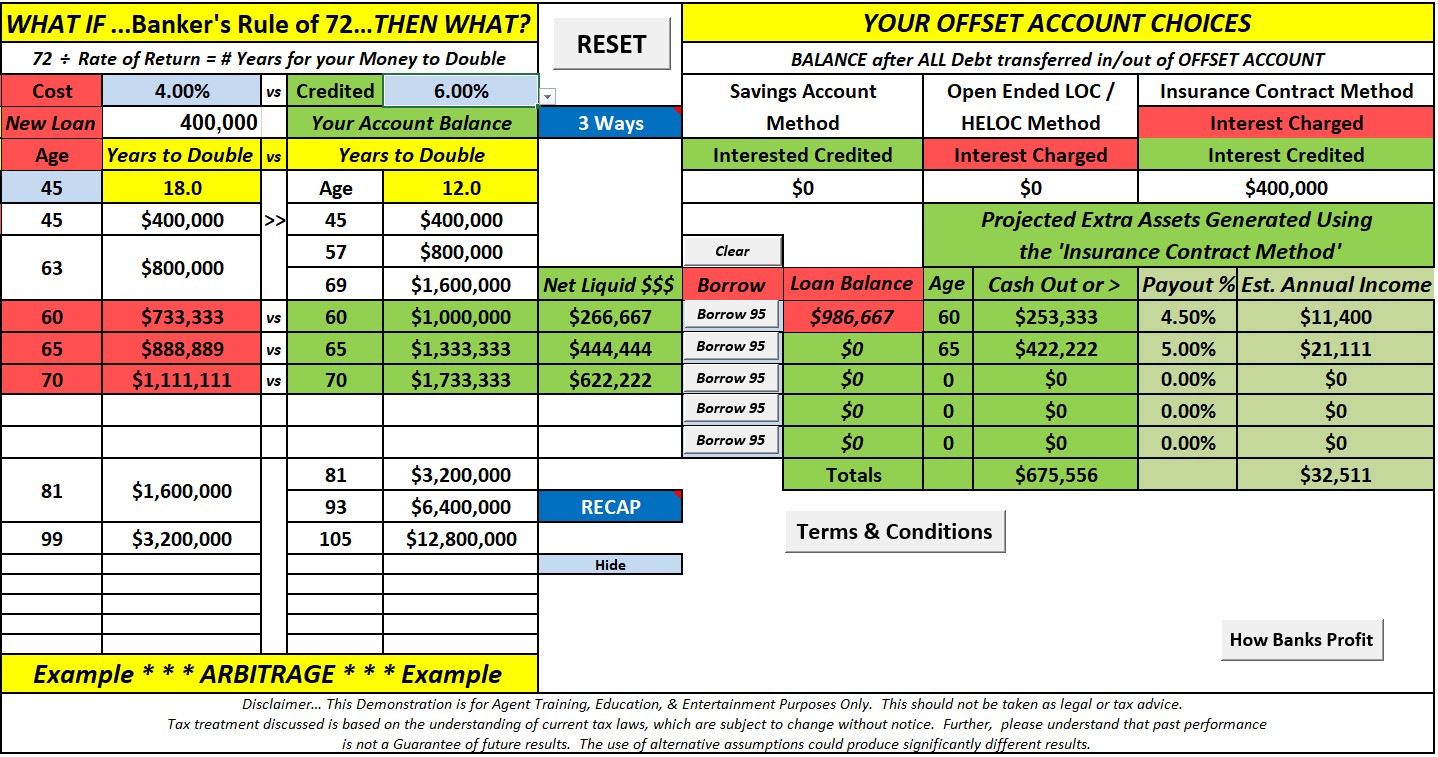 Corporations Use Life Insurance Also - COLI
BOLI and COLI are incredibly similar. BOLI is a life insurance policy purchased and owned by a bank, on a group of executives. Corporate Owned Life Insurance, or COLI, is life insurance on employees’ lives that is owned by any corporate employer, not classified as a bank or credit union. Walmart is one of the largest holders of life insurance in the country.

Companies Buying Individual’s Life Insurance Policies
You may be asking yourself why a company would want to purchase someone else's life insurance policy. The short answer is that when the policy is sold, the new owner becomes the policy beneficiary.

If you agree to sell your life insurance policy to a life settlement company, for example, the company is effectively purchasing the right to receive the death benefit that the insurer will pay at your passing. This can be an attractive investment for the company if it thinks the factors are favorable that it'll collect.

More About Debt To Wealth

MORTGAGE ARBITRAGE Why Is BOLI Important?

By now you must be wondering why this information is important. Well I want you to feel more informed on how this “life insurance model” works and how this can work for every individual in the United States. An understanding of how banks and corporations use and value life insurance, there will be less fear and uncertainty around it.

Through this study of BOLI we have learned how it has already helped to fund scholarships, construct community building and more. By understanding how BOLI works, where it fits today and where it may fit tomorrow. Now we can clearly see that life insurance as an investment is a solution that could be used by middle class people to turn their debt into generational wealth.

The study was the catalyst for us bringing together experts in BOLI management with banking, debt and mortgage experts, analysts, CPA’s, insurance carriers and insurance professionals to create exactly the kind of successful partnership that can develop customized solutions based on the BOLI concept. 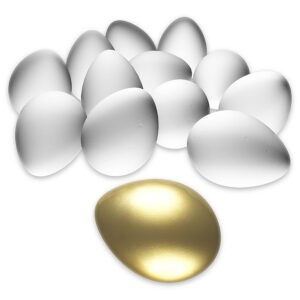 What Research Showed US

Through our research, we found that a similar solution under current tax law, would work for individuals, families, business owners and nonprofits. We found that because of the change to the IRS codes 7702 and 101a via the 2020 Cares Act, which allows a policyholder to put up to 3 times more money into an insurance policy without it becoming a Modified Endowment Contract (MEC). Because this is now allowed or permitted , it has opened up new possibilities!

Using a spreadsheet that banks use to calculate the spread or delta between what they are paying for interest loans versus what they charge consumers, called an arbitrage. This is why we named the solution Hybrid Mortgage Arbitrage.

What is Arbitrage?
In economics and finance, arbitrage is the practice of taking advantage of a difference in prices in two or more markets; striking a combination of matching deals to capitalize on the difference, the profit being the difference between the market prices at which the unit is traded.

When used by academics, an arbitrage is a transaction that involves no negative cash flow at any probabilistic or temporal state and a positive cash flow in at least one state; in simple terms, it is the possibility of a risk-free profit after transaction costs.

For example, an arbitrage opportunity is present when there is the possibility to instantaneously buy something for a low price and sell it for a higher price.

MORTGAGE ABITRAGE - From Liability To Wealth

Hybrid Mortgage Arbitrage will help policyholders sleep better at night knowing there is adequate financial protection in place for their beneficiaries should they pass away.

But here is where it gets really interesting. One of the top insurance carriers has created an uncapped Index Universal Life insurance policy that is liquid (no surrender charges or penalties), it also returns 130% of the S & P 500 (per Credit Suisse).

This means an individual, family or business owner could put the money needed to pay their debts into the policy and borrow that money and still pay their debts.

By over-funding the policy with their entire debt balance they can use the policy as collateral, borrow 95% of the cash value (premiums and debt balance) without a surrender charge or penalty and the interest earnings from themselves during the life of the policy and never pay back the loan.

Because this is considered a loan from the insurance company, it is tax free and no matter how big the loan gets, it is collateralized by the policyowners cash value, which was originally the debt balance, the loan is paid by the collateral when the insured dies. Mortgage Arbitrage turns the policyholder’s mortgage debt into wealth.

Hybrid Mortgage Arbitrage is a type of Hybrid Financial Arbitrage, that includes the early pay off a mortgage. The solution is a unique combination of GPS debt technology and a special kind of index universal life insurance, BOLI for any American adult, family or business.